Get to Know Sean Ewart 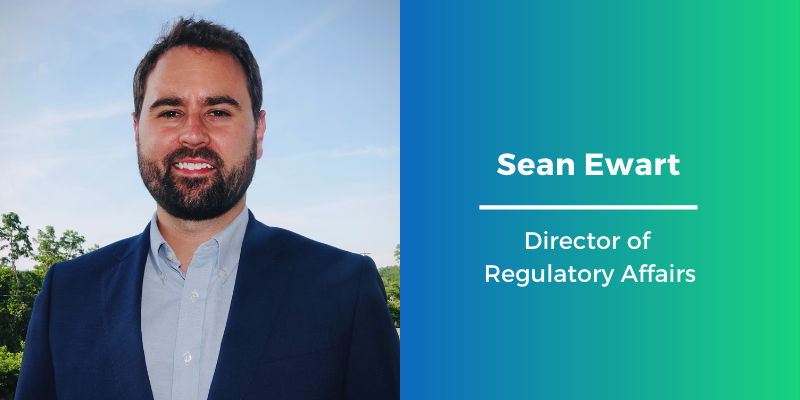 Sean Ewart was born and raised in Potsdam, New York, just south of the Canadian border. Sean began his college career studying education and philosophy but switched to political science at the University at Albany after realizing that politics is really “applied philosophy.” Sean’s passion for politics was nourished through an internship with the Governor’s Hate Crimes Task Force and his work as a local political reporter. Sean loved to focus on the positive impact that good policy can have in the lives of real people and businesses. After college, Sean worked for the Watertown Daily Times, where he was a beat reporter but concentrated on city, county, and state government affairs.

Eventually, Sean was approached by his local State Assembly representative and was asked to join her team in Albany, an offer he couldn’t refuse. Initially, he served as Communications Director, but with time was given the role of Legislative Director. In this job, Sean found many parallels to his experience as a reporter. Similar to being on deadline for an article, he learned that drafting legislation required a lot of research, interviews, negotiation, and editorial revisions that were full of collaboration and compromise.

While he had covered energy issues as a reporter for several years, Sean was first tasked with crafting energy policy through his work in the New York Assembly. Many representatives in northern New York State get involved in energy-related issues since most renewable energy assets are located in that area. A good portion of Sean’s time was spent with local communities and organizations that were advocating for (or against) wind and solar power projects. This work brought him into close contact with Mike Cusick, who served as the chair of the New York State Assembly Energy Committee.

At that time, Assemblymember Cusick did not have a director of energy policy on his staff, and he recruited Sean to join his team. As part of the Assemblymember’s staff, he was responsible for researching and writing energy-related policies and working with various lobbyists and other interest groups.

This past year, Sean made the decision to leave the State Assembly and assumed his current role as the Director of Regulatory affairs at 5. In the world of politics and energy-related policy, Sean had a high-level view of how these policies are created but wanted the opportunity to get closer to the businesses and individuals these policies were affecting. Today, Sean works with 5’s clients and advocates for the interests of their businesses at the state-level.

Sean lives in Rotterdam, New York, and enjoys hiking in his spare time. He has climbed 33 of the 46 highest peaks in New York's Adirondack Park and hopes to climb the remaining 13 before his 46th birthday. He also has a collection of more than 2,000 Matchbox cars he acquired from his father, but he’ll deny this if you ask about it. Finally, Sean is marrying his fiancée, Deanna, in July. We’ll check back with Sean in August to see if he still has all of those Matchbox cars...