What Goes Down, Must Come Up?

In commodity markets, a bear market cannot stay bearish forever. Typically, a commodity market does not stay in backwardation (where prices get cheaper into the future) for long. The forward electricity markets in Texas have been in a backwardated state for a while as prices in the outer years have been steadily falling. However, it seems as though the market has found a support (floor).

After the spot market volatility of this past summer, we expect the next summer or two to rally a little, even with the abundance of renewable generation (solar and wind) that is scheduled to come online in the next 12 months. What was not as expected is that the outer years of the curve, years 2024 and beyond, have finally changed course and started to rally.

Calendar years 2022 and 2023 started to rise slowly in late August, with 2024 through 2027 waiting until the second week of September to follow suit. Figure 1 shows how each calendar year has traded over the past year. One can clearly see the market moving away from the lows that were set in early September. 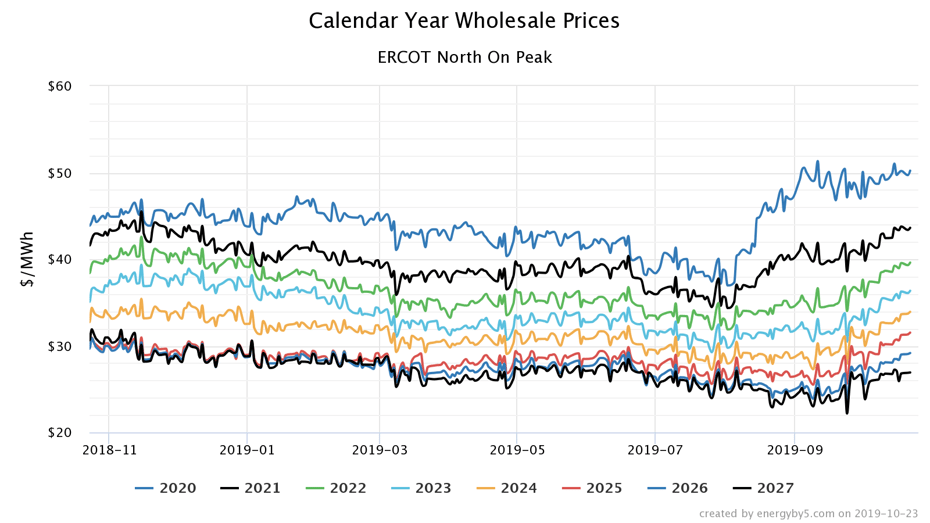 Figure 2 clearly illustrates this latest rally.  The blue columns are the North Zone’s average calendar year prices from September 9, 2019, while the black columns are those same year’s prices as of the close on October 23, 2019. The upward movement of about $6.00 per MWh across the middle and outer years is equivalent to about 0.75¢ per kWh in terms of a retail price and is due to higher usage summer periods rising even faster than the calendar year as a whole. In 2025, for instance, summer on peak prices have risen about 1.3¢ per kWh. 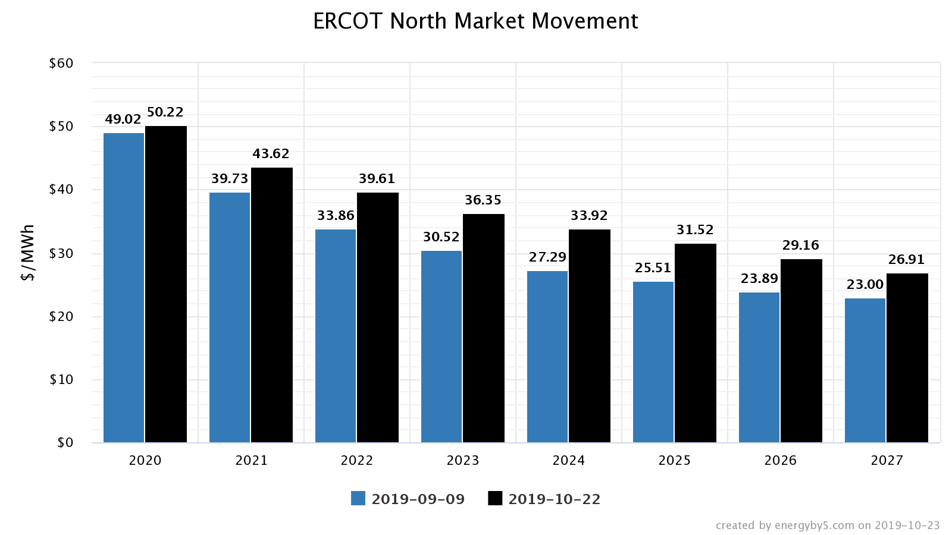 And while an inexperienced trader may look at this run-up as a missed buying opportunity, it is also true that a seasoned commodity trader or commodity risk manager may look at this market as a solid buying opportunity. These price signals could indicate that the market is no longer falling (bearish) and has begun to enter a bull market. Mitigating one’s exposure to this volatile commodity by purchasing into this market now could be a very smart, risk-mitigating strategy if this bull market continues to run.

A Tale of Two Power Markets