Every four years, the New York Independent System Operator (NYISO) commissions a study to evaluate and forecast the balance of electricity supply and demand in the state. This study considers the economy, demographics, implementation of energy efficiency measures and many other factors used to assess the amount of electricity needed across the state. This latest study examined the period from May 2021 to April 2025, in an attempt to determine the amount of electricity supply that is needed to keep up with expected changes in demand. Notably, the economic effects and the demand destruction in New York State and New York City caused by the COVID-19 pandemic are built in to this study. This is a critical point because there was a 13% reduction in electricity consumption in NYC during the first wave of this pandemic in March-April 2020[1]. This change in electricity demand, driven mainly by the pandemic is shown below in Figure 1. This recently released study from the NYISO predicts that there will be less demand for electricity supply in the state of New York, which resets and lowers the demand curve that is used to establish the price for capacity. This is important for electricity buyers because it will likely lower the future cost of capacity.

END_OF_DOCUMENT_TOKEN_TO_BE_REPLACED

In New York, the 2020 election was a big deal. It’s the first time since the 1930s that Democrats have successfully held a majority in the State Senate. While the Presidential race in New York was called for President-Elect Joe Biden almost immediately after polls closed, which gave the illusion of completion, the state is still counting ballots today. This year, as is true every other year, every member of the State Legislature was up for reelection. While incumbents certainly carry an advantage into any election cycle, New York has seen a political awakening following the 2016 election of President Donald Trump. This movement carried a new, Democratic majority into power in the State Senate in 2018 and lead to many moderate Democrats being swept out in favor of more liberal candidates.

END_OF_DOCUMENT_TOKEN_TO_BE_REPLACED

It’s got Jim Cramer saying it’s “sexy” and natural gas companies betting their futures on it. What are we talking about? Green hydrogen (GH2). And no, GH2 isn’t just hydrogen by another name, it’s hydrogen produced by renewable energy and there are several important reasons why its trending today.

END_OF_DOCUMENT_TOKEN_TO_BE_REPLACED

October 31st is the deadline for building owners to post their Energy Efficiency Rating Label. This is required for all buildings over 25,000 square feet that are listed on the 2020 Covered Buildings List for benchmarking compliance. In December 2017, the New York City Council passed Local Law 33, which was later amended by Local Law 95 in 2019, requiring building owners to post this label in a conspicuous location near each public entrance. The intent of this law is to provide transparency into a building’s energy usage and efficiency.

END_OF_DOCUMENT_TOKEN_TO_BE_REPLACED

Lately, the bulls have been running in NYC’s electricity market but there has also been a consolidation in forward prices. Figure 1 shows calendar year strips for wholesale electricity in New York City for 2021 through 2024. Wholesale prices in all calendar years hit their all-time lows in late March/early April, shown in the red oval, and have rallied over the last 6 months. Also note that over the last two years, near-term prices have always been less expensive that longer-term prices. This can be seen in the figure below as calendars 2021 and 2022 (blue and black lines) have consistently been less than 2023 and 2024 (green and yellow lines). This is referred to as a contango market, where prices get more expensive into the future.

END_OF_DOCUMENT_TOKEN_TO_BE_REPLACED

Join us for the energy market insights you need to know for your business. 5's Lead Energy Analyst, Eric Bratcher, provides a detailed look into each energy market during three regional webinars.

END_OF_DOCUMENT_TOKEN_TO_BE_REPLACED

Over the last month, near-term electricity prices in New York have risen while longer-term prices have fallen. Figure 1 shows how the price of a one-year strip of electricity has traded since January 2019 for calendar years 2021 through 2025 in New York City.  Note how prices in the near-term, 2021 (blue line) and 2022 (black line), have been rising over the last several weeks after hitting lows earlier this year in April and July.  Longer term prices for calendar years 2024 (yellow line) and 2025 (red line) have been falling since the middle of July.  It is important to note, however, that despite these recent market movements, overall prices across all calendar years are trading at or near their 4-year lows.

END_OF_DOCUMENT_TOKEN_TO_BE_REPLACED

How Not to Buy in PJM and NYISO 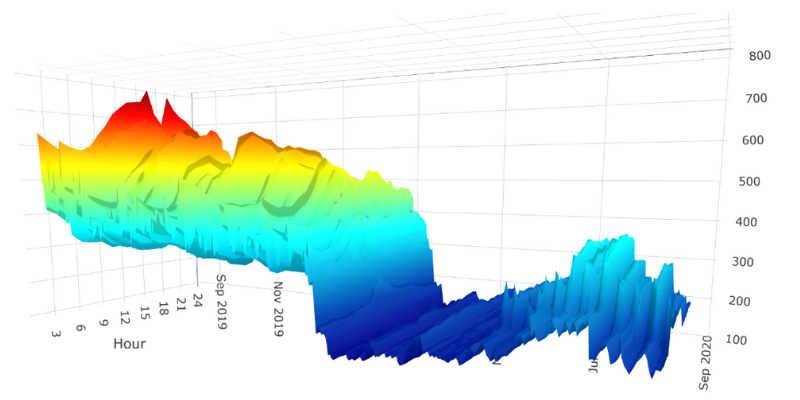 The coronavirus has not only significantly reduced electricity usage and peak demand across the NYISO and PJM regions, it has also dramatically changed how retail electricity suppliers approach fixed price electricity offers to clients. In order for suppliers to generate fixed price offers, they first gather and review the previous 12 months of historic usage data, including the volume of electricity consumed (MWhs) and the peak demand (MWs).

END_OF_DOCUMENT_TOKEN_TO_BE_REPLACED 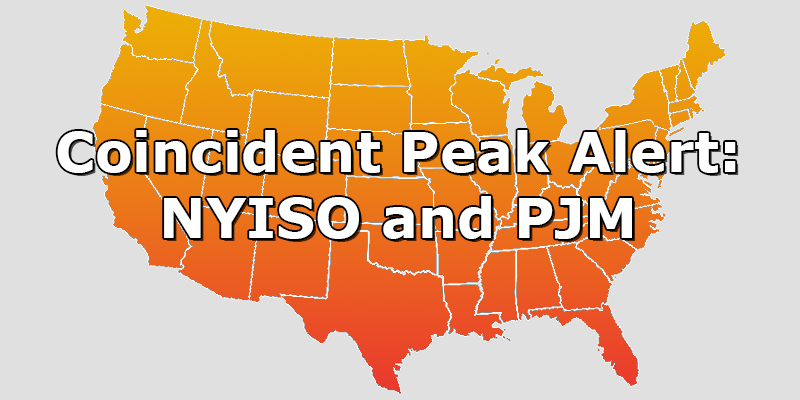 Temperatures throughout the northeastern U.S. are expected to approach or exceed 90°F this afternoon, driving electric demand close to 2020 summer highs.

END_OF_DOCUMENT_TOKEN_TO_BE_REPLACED

The Clock is Ticking for Local Law 33/95

New York City’s Local Law 33/95 will require building owners to post their Energy Efficiency Rating Label in the next 90 days. In December 2017, the New York City Council passed Local Law 33/95, requiring building owners to post this label in a conspicuous location near each public entrance. This is required for all buildings over 25,000 square feet that are listed on the 2020 Covered Buildings List for benchmarking compliance. The intent of this law is to provide transparency into a building’s energy usage and efficiency.