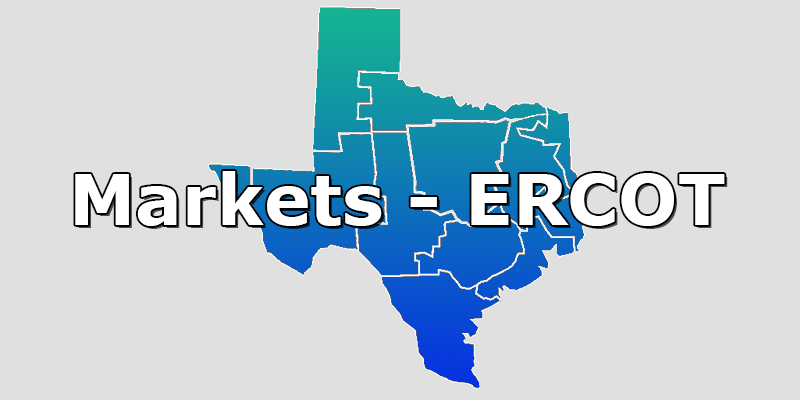 Over the last few months, we have described Texas' increased reliance on wind generation to help meet peak demand requirements for electricity. Over the summer, the rolling black-outs in California were heavily covered in the news with many asking how a state known for its technological advancements with the most solar power has become vulnerable to insufficient power supplies.

In 2006, Texas passed California as the state with the largest wind generation capacity. Today, there is about 25,000 MW of wind capacity in Texas, which is more than the next three largest states combined (California, Iowa and Oklahoma). This heavy reliance on non-dispatchable wind generation has not produced rolling blackouts, but it has created more volatility in wholesale spot electricity prices in ERCOT’s Real Time market.

Figure 1 shows the total generating capacity of new power projects in ERCOTs Interconnection queue, by region and by fuel type. At first glance, what stands out is the large amount of proposed solar projects (shown in yellow). Other new generation in Texas is expected to come from wind (green), batteries (purple) and natural gas projects (light blue). 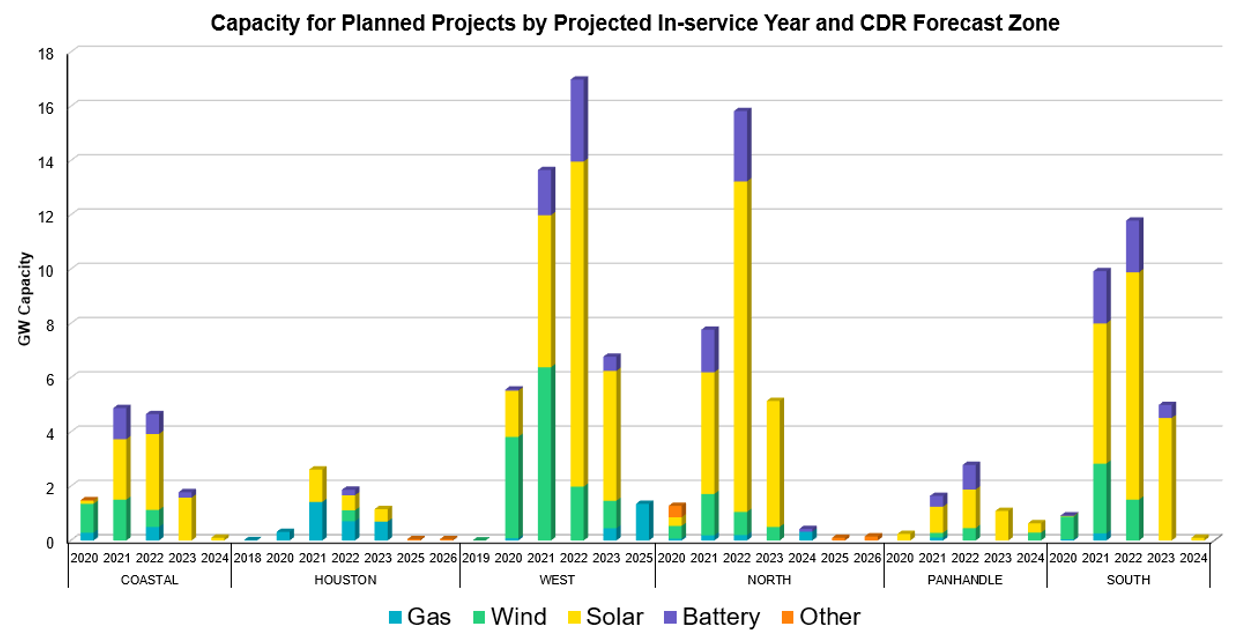 This chart clearly shows how solar should become the new marginal power source in the coming years. Solar projects are likely to produce the best ROI because of low initial capital and avoidance of any ongoing fuel costs. Additionally, the output of a solar array usually coincides with the times when electricity demand in Texas is high (on hot and sunny summer afternoons). This incentivizes developers to invest in these projects in order to capitalize on high spot prices when the grid needs the additional electricity. ERCOT’s energy-only market design, which heavily rewards producers that can generate electricity when power demand is at its peak, offers an ideal investment environment because the output of a solar array lines up almost perfectly when Texas’ electricity grid peaks.

It is also interesting to note that many of new renewable power projects are planned for the North Texas region shown in Figure 2. Many are accustomed to large-scale renewable developments in West Texas, and to a lesser extent in the Coastal and Houston regions, which take advantage of the strong, afternoon, coastal breezes. But large utility-scale renewable generation is a relatively new concept in North Texas. Even though North Texas is home to the 4th largest metropolitan area in the US (behind NYC, L.A. and Chicago), where almost 7.5 million people call home, it is a little surprising that so much solar is planned for this part of the state. For a sense of scale, the Roadrunner Solar Project, one of Texas’ largest with a capacity of about 500 MW, takes up about 2,770 acres. This is more than three times the size of New York City’s Central Park, or for those in Dallas, about twice the size of White Rock Lake. 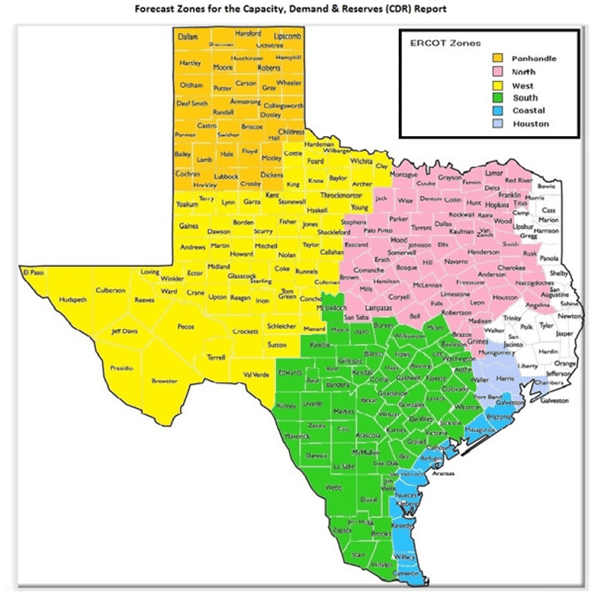 This robust forecast of additional solar power may solve ERCOT’s short-term need for more generating capacity on Texas’ hottest summer afternoons. However, since the sun doesn’t always shine on-demand, there is a risk in concentrating too much on a singular fuel source that may not be available when it is needed most. This is the problem that is confronting California’s power market. There will likely come a day when, if we continue to push deployable, but non-economical generation (e.g., coal and less efficient but quick ramping natural gas) out of the generation fuel mix, we could become increasingly susceptible to price volatility. Hopefully, the additional stability provided by batteries will come sooner rather than later, and in large enough quantities to help the Texas electricity grid to get through those cold, cloudy winter mornings.